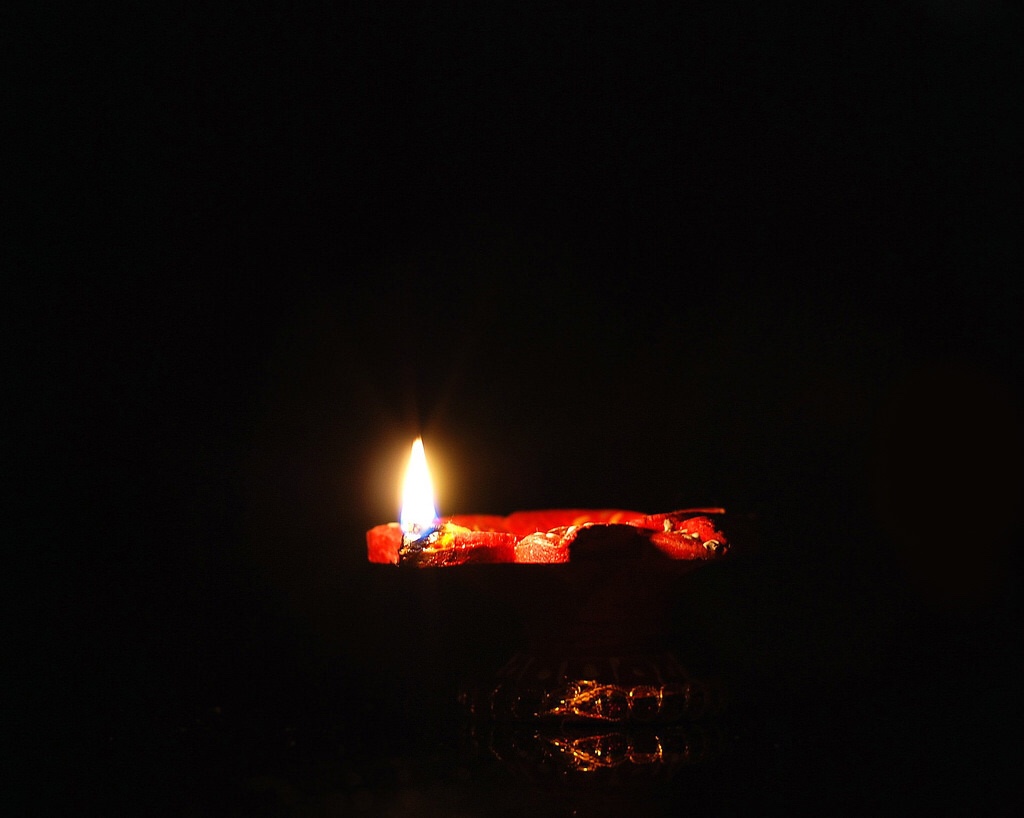 On a busy work day, I was stuck up in a new feature development and was searching through different sites to learn about it. I came across a website which had ad banners on both the edges of the screen on which one side there was a pic of a grand-mother and grand-daughter. It was an advertisement for some health care related product or business – i don’t remember that exactly. But honestly speaking I didn’t even notice that at first because my mind was too occupied with all the permutations and combinations for the new task that I was working on.

I learnt few things from that site and started coding again with some new ideas and methodologies. It didn’t work. I was too exhausted with thoughts. I went out for a break of around 10 minutes and then came back to the desk. Before leaving the desk, I had locked my computer. I came back with all thoughts cleared out and wanting to learn something new to try other ways. I unlocked my computer and the first thing I saw was the same website.

This time I noticed the advertisement on the right. This pic of grandma made me remember my grandmother. I was never too close to my grandma. So I never felt that much for her nor had that longing for her. When I first left for Canada, she was very healthy and talkative. I went to meet her to take her blessings and we discussed so many things. I promised her that I would come visit India every year.

After a year I had college holidays, so I decided to go back home to India to visit my family. As the semester schedule was rolled out earlier, I planned my vacation 4 months before so that I can get better options for flights and even may find something more cheaper.

15 days before leaving for the vacation, I got a call from my mom saying that my grandma was not well. And that they were taking extra care of her. I didn’t take that too seriously as she has had some health problems previously but those were quite normal with getting older. Moreover the other time she was too healthy.

I had exams in those 15 days so my mom did not discuss much about grandma’s health but she did give me some hints of my grandma’s serious illness whenever I forcibly asked. I packed my bags but didn’t know what experience was awaiting ahead of me.

I landed in India at midnight and my father and my brothers had come to recieve me. I was going back home after a year so I did wanted mom also to come receive me at the airport. But I knew she had to stay with grandma so it was okay for me. I reached home and gave my mom a very tight hug. She was crying, then I was crying and my brothers were putting all my bags aside whereas my father was emotional but he did not let his tears out.

I sat down for few minutes, drank some water and then my mom took me to the next room where my grandma was lying. She was completely lean and pale and was so sick. My mom told me that my grandma was very sick and they admitted her for quite a long time but didn’t tell me. She was not responding to any treatments instead she only insited that she didn’t want to die in the hospital. So the doctors told my parents that my grandma wasn’t going to make it and that we can take her home and give her whatever she wants in her last days.

I was completely shocked hearing this. I had no clue that she was so sick. She was asleep so we left the room and my father told me that we would speak to her the next morning. Next day my father called me into grandma’s room and tried introducing me to her. At first I was confused as to why there needed to be any introduction. Then he told me that due to low sodium she had lost memory. I was standing there just listening how my father was trying to introduce himself and then me. It was awkward but more painful. Mine was still a little farther connection but imagine a son trying to introduce himself to his mom.

I was already crying in my heart looking at them. After a while she recognized both of us. She held my hand and said, “I am so glad to see you. But, you came so long just to see me, leaving all your studies back. Canada is so far away. You didn’t have to spend so much time and come for me. I’ll be fine.”

The story behind my less connection with my grandma was my parents had a love marriage and my grand parents never accepted us with whole heart. There was always a distance between us. But these words shook me. She had changed in her last stage. That same day, my mom was feeding my grandma, when my grandma gave her the gold bangles that she had been wearing. In Indian tradition, a daughter-in-law is welcomed in the groom’s house by giving her some jewellery. My grandparents had never given anything to my mom. My grandma even spoke some kind words to my mom. These all things were too emotional.

Next day my grandma didn’t wake up…

Those who are reading this story, I just want to share that life is short for hatred. It would be so different when you forgive and accept things the way they are. Life would be so lovable.